Character and Plot in a Full Magic Show 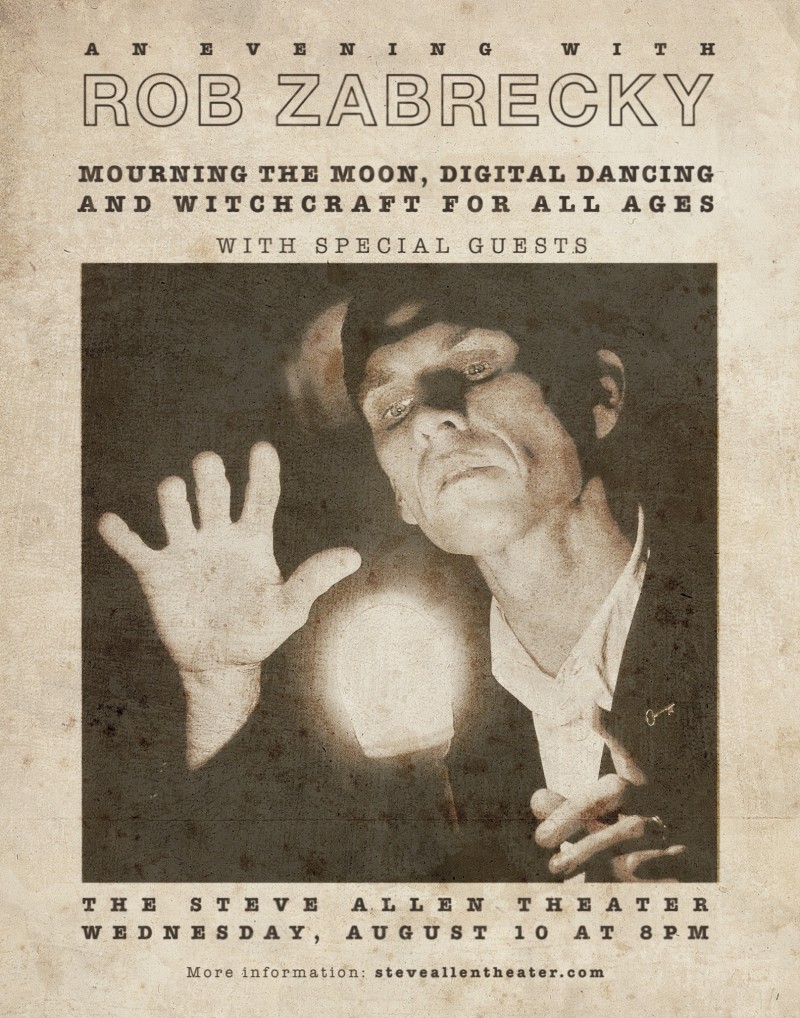 "What is character but the determination of incident? What is incident but the illustration of character?”
– Henry James, The Art of Fiction.

I’m a screenwriter – magic is just a hobby for me – and the central idea of this blog has always been to approach magic from a screenwriter’s perspective. So the long-form magic show – anything over, say, an hour, has long been a special source of fascination for me. Actually, my fascination started long before I became a writer – it was way back when I was a boy and my cool New York aunt took me to see Doug Henning’s The Magic Show on Broadway.

Imagine: a magic show with a story! How cool is that?

But it doesn’t seem to be that common a thing and when it does happen, it’s often, well, not so good. A different set of skills go into writing a long story and a short trick. I’ve seen several magicians faced with the prospect of a huge expanse of time who seem to have stuffed it with whatever they thought of first. They may appreciate the beauty of a lean, clean magic trick, but it’s like it doesn’t occur to them that the same virtues apply to story-telling. As the writers’ saying goes, “Never use two words when one will do”, an aphorism Strunk and White reduced to "Omit needless words" and Mark Twain to “Eschew surplusage.” Twain wins.

But this summer I had the pleasure of seeing two really good long form, narrative-infused magic shows here in L.A.: Guy Hollingworth’s An Expert at the Card Table and Rob Zabrecky’s An Evening with Rob Zabrecky.

I won’t go into any detail on the Hollingworth show since it’s been well covered (and lavishly praised) in the magic press. It’s a very entertaining show that takes a sensible approach to the problems of combining magic and narrative: Hollingworth narrates a chunk of the story, then he does a trick/gambling demonstration in character, then he goes back to telling the story. The structure works very well to tell the story and his tricks are great, but there is something slightly cool and detached about the whole thing. Perhaps it’s because when Hollingsworth is in character he’s usually performing an effect – the audience doesn’t get much of a glimpse of the private, personal world of the characters. Or perhaps it’s just because he’s British.

Rob Zabrecky is a total L.A. guy: he acts, he dances, he sings, he plays bass (Zabrecky was part of Possum Dixon in the 90s) and based on this show, he’s a darn good writer too. He is one of the few magicians who really does follow Robert-Houdin’s dictum that a magician is an actor playing the role of a magician. His tricks, as good as they are, seem like they are first and foremost expressions of character, and he is one of the few magicians who I can honestly say that about. If someone put a gun to your head and said guess which magician will someday put together the best narrative magic show ever, you could do a lot worse than to guess Zabrecky.

An Evening with Rob Zabrecky seems like a great step in that direction and of the two shows, it was the one that excited me the most. The polished effects are gems and the new material (I’m assuming it’s new but I don’t have an exhaustive knowledge of his repertoire) is really interesting. Again, he seems scrupulous in putting character first and takes advantage of the longer form to do something really lovely – the character surprises you.

Writing a character that surprises you is not the easiest thing in the world – too often it can come off like a cheap stunt. But when it comes off, it’s amazing. Think of Eugene Burger who starts off his show doing that avuncular nice guy thing – his effects veer from the sweet and slightly smarmy to the bookish and poetic. Together, the effects paint a picture of the old uncle you only see now and then at family gatherings who reads a lot, has genuine smarts and insight and seems just a tad out of practice with his interpersonal skills. But then Burger breaks into his gleefully sadistic card warp – and the surprise is delicious! Nothing has prepared you for it and yet it still seems completely consistent with his character. Why?

When a character surprises me in a book or film, I often try to reverse engineer that moment. At least one of three things seems to be going on – first, as we writers say, the pipe has been laid – there have been hints that this has been coming. This is what you see in the classic plot twist (eg. The Sixth Sense).

Second, it plays into an archetype or previously conceived notion of that kind of character that we’ve seen in literature and (hopefully) real life. Of course your old favorite uncle who’s read everything has read de Sade and has a Blu Ray copy of Pasolini’s Salo. It makes perfect sense!

Third… Okay, I’ve forgotten what was third. Maybe it’ll come to me.

Zabrecky’s misfit Odd Man character is an earnest social misfit who seems oblivious to the many ways he violates norms of human interaction – the character is funny, quirky, efficiently presented, consistent and vivid, but to this point in the short shows I’ve seen, there hasn’t been much more to it than that. What more could there be?

Well, a lot more as it turns out. After watching Zabrecky’s show, I thought about Chaplin’s development of the Little Tramp character. Off the top, Chaplin was trying on different roles, like the rich drunk and while he was always funny and had a lovely dance-like quality to his movement that elevated his work above the norm, it was with the Tramp that he found a vessel worthy of his genius. Those early shorts were always pretty funny but you can sense the period he became less interested in developing the gags – making them bigger, faster, crazier more dangerous (the tactics pursued by lesser talents like Mack Sennett and Harold Lloyd) – and instead more interested in character and story.

One might say that gags are to the silent comedy performer as tricks are to the magician and there are many magicians today who develop their show in the bigger, faster, crazier mold. But Zabrecky seems to have followed the Chaplin tactic and concentrated on developing his character.

There is a moment in the show when Zabrecky is performing what is perhaps the most ridiculous “classic of magic” in history when he gets a phone call interrupting his show – he reluctantly takes the call and learns it’s from the moon. “The moon!” he shrieks with delight, “THE MOON!!” This moment is strange and joyous and sweet – it is the moment he chooses to reveal his boyish delight/wonder/enthusiasm – and it is absolutely freaking awesome! It’s a total surprise and yet it makes total sense! Of course this quirky social misfit would have a strong boyish streak. Of course he would have a boy’s sense of what’s possible. It’s as if all his magic has grown out of those boyish gaps in his logic.

There has always been something “period” and out of date about Zabrecky’s character and this is something else that the boyish strain accentuates. The modern man-children (for example Judd Apatow characters) cover their childish wonder with cynicism, but of course we know that deep down they are still romantics. The man-child of ages past (Peter Pan, Pinocchio, Chaplin) was allowed to be overtly sentimental. Picking up on this idea, the final song in the Zabrecky show, a wistful 30s-style ukulele version of The Velvet Underground’s “After Hours” was in some sense a master stroke…

“Someday I know someone will look into my eyes
And say, ‘Hello, you're my very special one…’”

It captures that moment in music history when pop was moving from the sweet and sentimental to the cool and jaded and maybe only an ultra cool band like VU could still get all childlike and sentimental since there was something ironic about it. Zabrecky takes the irony out of the song, which, in effect, adds another layer of irony. Which of course contradicts what I just said. Which means I’m babbling. Werewolf, banana.

But in another way the song didn’t work at all. Rob sat down and played the song and it was really the first time he did this in the show – it seemed like he was just doing something new for us – it didn’t have any sense that it was the finish. (And as I visualize the moment a month after the fact, I seem to recall he was miming playing the ukulele – that couldn’t be right, could it? Zabrecky’s character is a naïf but he never presents himself as unskilled so he wouldn’t fake the big finish, would he?)

But these seem like merely technical problems. The new character material seemed like it was not as well integrated into the magic as Zabrecky’s other traits – his Graphology routine is a study in developing character efficiently in the course of an entertaining magic trick. Zabrecky’s boyish traits however were sometimes conveyed in less honed ways such as long, somewhat awkward conversations. But given the scrupulously lean elements of the older parts of his show I suspect that these are growing pains in the development of the Zabrecky character and I’m very excited to see how this will play out.