There are two great quotes by Teller up on my Quotation Gallery page – reproduced here so you don’t have to click over to them:

"The magic show is a competition. The audience is trying to figure you out. They aren't suspending their disbelief—they're trying to expose you as a scam artist."
– Teller (Wired)

“In high school I was a serious theater kid and I had a drama coach who was also a magician. We spent endless hours discussing why magic is one of coolest and most sophisticated forms of entertainment. It intrinsically contains the kind of complex experience that Shakespeare breaks his back to write. When you’re sitting at “Hamlet” and the players are playing a play that is supposed to catch the conscience of the king in “Hamlet,” you as an audience member are going, “How is this catching my conscience?” It makes you think about yourself — and magic makes you think about yourself every moment you’re in the theater because you’re asking yourself, “Where does reality leave off and make-believe begin? This guy is screwing with me, this guy is messing with my brain.” It is a fantastically interesting art form.”
– Teller

Now my Internal Pedant wants to analyze these two statements. First, I’d like nice neat definitions of the terms “suspension of disbelief” and “narrative” and the differences in the way playwrights, screenwriters and magicians use the terms. I’d like to explore the historical tradition for the “complex experience” Teller is speaking of, from Shakespeare through Brecht and Godard right up to Christopher Nolen (obligatory film references!). I’d want to smooth out the contradictions in Teller’s two statements and separate specific instances in which they are right and those in which they aren’t. Finally I’d like to muse aloud as to whether the tensions between observation and reality are a failure in Teller’s observations or in the average magician’s inability to live up to The Tellerian Ideal.

But damn if that wouldn’t be boring as hell!

So instead, I’m going to talk about a magic trick I saw once. I believe this incident touches on these themes, and the boundary between our desire to know how something is done – thereby shattering our illusions – and our desire to be swept away by…

There I go again! Down, Internal Pendant, down! Back to the Dungeons of Academe! And clean that Barthes off the floor before you go!

So the trick I want to talk about was performed by one of my very favorite magicians, John Carney – it was the “full show” (whatever that means anymore – it was about an hour long). Carney performed it a few years back at Tony Clark’s old studio (now part of The Magic Apple) here in the Valley.

Bree, the girls and I were making an event of it: first, I’d prepped the girls that this wasn’t going to be like that Vegas show where the magician made the helicopter appear and had lions leap out of his butt (I might be slightly misremembering here). John Carney was a true artist and they’d have to be a little more patient, but if they were, they were in for something wonderful – and after watching Carney, we’d go to Carney’s for chili cheese burgers in a train car! (Ahh, sweet days before my daughters went vegetarian on me!)

We got there really early – not quite Twilight Premiere early, but early. And so we’re the first people in line. Since there was no stadium seating, when we were let in, we went for the first row. The problem was that there was a center aisle with only four seats on either side – which meant that one of us had to sit in The Seat of Bad Angles (front row, to the extreme side).

Being a gentleman (or at least wanting to act like one with others around) I nobly took The Seat of Bad Angles. The good news is, I only caught Carney on angles on one trick all night. The bad news is, it was the very first one of the show.

And that’s the trick I want to talk about.

Do you know Zone Zero? It’s an awesome trick where a magician shows a board with a hole in the middle (and a freaky zigzag design around that), then he puts a ball through the hole and it vanishes, then he reaches back in and pulls the ball out again, and it’s all super clean and pretty. I had the pleasure of seeing its inventor, Jerry Andrus, do it at the Magic Castle once (here’s Andrus performing it.) And as cool as that was, the thought of John Carney doing it was cooler – like I said, he’s one of my favorite magicians.

Let me say right off the top, I didn’t know how it was done. I mean, I sort of kind of knew in a general way, but not really, you know? And I kind of wanted to know. I’m a bit of a method slut – I love to notch as many methods as possible on my bedpost even though I have no intention of ever letting the method gestate by practice through to delivery of a performance.

Enough with the long tortured metaphors, Internal Pedant! Down! Down!

But I wasn’t. Because there’s another aspect to the enjoyment of a magic trick, a key element of the complex experience Teller refers to in his second quote: wonder. Here’s Doug Henning on the concept:

“Wonder is a very subtle, precious emotion, often lost in the gross hustle and bustle of modern life. When we feel wonder, we are immediately reminded of the purity and innocence of our childhood. Then everything was magical and mysterious. Magic should help us relive that wonder.”

Not that I think Teller is anti-wonder (you just have to look at his Red Ball, Shadow-Flower or Miser’s Dream to know he isn’t). And this is where Teller’s second quote comes in: I think wonder is a key element of the “complex experience” he’s referring to. Isn’t the classic audience response to a great trick a gasp (wonder) followed by “How did you do that?” (the intellect kick-starting again)? It’s magic’s great one-two punch.

But as I watched Zone Zero in The Seat of Bad Angles, my overwhelming feeling was disappointment. Dammit if I didn’t want to be fooled! No, that’s not quite it. It wasn’t being fooled I missed, and I don’t think it was missing the vanish per se (straight vanishes don’t really do it for me – to explain why not, I’d have to go into the story of a 17th century cannibal – I must remember to post about that).

I think it comes down to this: that hole in the board in Zone Zero is more than just a hole – it’s a portal. The magic of something going through that hole and vanishing is so much more potent and evocative to me than if he just suddenly made the ball vanish at his fingertips with a pull, topit, TKO or whatever.

I think what I really missed was the experience of seeing that ball go from one world into another. That hole as portal suggested whole worlds of possibilities – like the wardrobe in The Lion, the Witch and the Wardrobe, it had narrative implications without the magician ever having to go into it.

There’s a powerful symbolism at work here and this is why using Zone Zero as an opening trick was a master stroke: it was a visual representation of what was happening to us as the audience at the magic show. We were going through that hole – we where being transported to another world – we were losing ourselves, our brain, our physical bodies – that hole was a doorway to the world of magic and Carney was inviting us to go through it.

Now if he’d said, “This is a magical doorway! Won’t you come with me through it?” that would have sucked. (If however, there were visual echoes of the zone zero board on the set, now that might have worked – it might have made the symbolic dimension a little more obvious while not crossing that line into banging the Zone Zero board over our heads – always a difficult balancing act for an artist.)

I doubt anyone in the audience that night thought “Hey, I feel like I’m going through that hole…” I don’t even want to guess if Carney thought of this consciously himself, and it doesn’t matter to me. I’m a former English major and was raised a Catholic so I’m pretty comfortable mucking around with symbols. But maybe Carney comes from a different background, one where Symbols are to be avoided, one where Symbols are in fact symbols of bad things, like eggheads, English Majors and Catholics – I don’t know the man: how should I know how he thinks? But the fact is, at some point he made the decision to make Zone Zero the first trick in his show and whether it was by an intellectual process or something he felt in his gut, it was a brilliant choice.

But I missed it. I missed feeling the perfection of that moment because I was sitting in The Seat of Bad Angles. I wasn’t fooled. I wasn’t amazed. I wasn’t teased or filled with wonder. I certainly wasn’t transported anywhere. Instead I got a nice view of Carney’s hands doing sneaky stuff behind the board.

I felt like someone had just given away the twist in an M. Night Shyamalan movie. I felt like a kid who just learned that it was my Dad who ate the cookies by the chimney on Christmas Eve. What a rip off! What a con job! Is this what it’s like to be a grown up, because if it is, I don’t want it! I want to be Peter Pan! I want to fly!

So I stood up and shouted, “Hey, John Carney – I can see your hands doing sneaky stuff behind that board! What the fuck?!! You’re not magic, John Carney! You’re a jerk! That hole in the board isn’t a doorway inviting us to another world – it’s our throats and that ball is the lies you’re shoving down them! Well, fuck that, John Carney!!” Then I stormed out as the rest of the audience burst into applause.

Ok, so that didn’t happen. But dammit if I wasn’t disappointed.

Then I looked over and saw my kids sitting beside me, staring up at the stage with their jaws dropped in amazement – from that moment on, Carney had them. Okay, I missed the moment myself, but they got it – and the quickest way to redeem yourself in a parent’s eyes is to give something to their kids.

And the second quickest way to redeem yourself is to put on an awesome show, which he did, re-establishing himself in my mind as one of the finest magicians of all time. (By the way, the girls ending up adoring the show – way more than the one by Mr. Vegas-Helicopter-Lion-Butt Guy – and I don’t think it had a thing to do with my prep.)

So that’s it – feel free to relate this experience to the implications implicit in Teller’s quotes. Please include analysis, definitions and musings on the state of magic today. 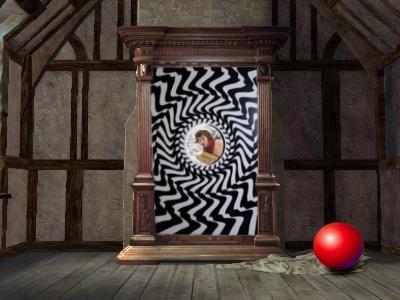