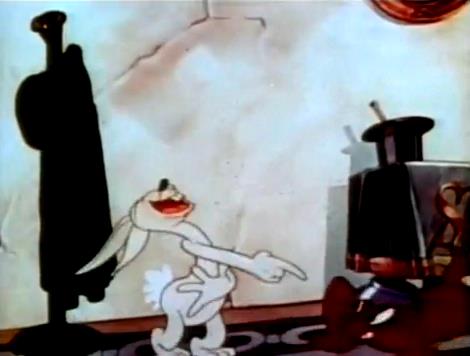 When the MC announces the next act on the program is a magician, I think a good chunk of the audience gets nervous.

Perhaps these people are intimidated by the thought of bearing witness to the awesome power of one who can bend the very forces of nature to his will. Or maybe they’re afraid of having their bra pulled out of their shirt

Ahh, the old old bra trick. I know two women who were traumatized by having that trick done on them (granted, it happened back when bras were actually not supposed to show outside clothing, but still…). I humbly suggest that in this trick it’s not just a bra being exposed, but also the dirty undergarment we magicians usually like to keep hidden…

Sometimes, magician can be jerks.

I don't think anything competes with a magic act for humiliating entertainment value. What is the point of the magician? He comes on, he fools you, you feel stupid, show's over.

Really? Is that how they see us? Maybe Jerry just had a bad experience with a magician at a kids’ birthday party – maybe after pulling a coin from little Jerry’s ear the magician paused, looked at the coin with disgust, then wiped some waxy crud off it – the kids laughed and laughed – the bullies, the losers and even sweet little Suzy – they all laughed and laughed and in some dark corner of Jerry’s soul they’re all laughing still…

Or maybe he’s not alone. I came across this old cartoon recently – it’s a proto-Bugs Bunny (his second cartoon, I believe), back when they were still working out his character, before he became the lovable trickster, back when he was just a jerk. And guess what? He's a magician!

Don’t feel you have to watch it (it’s not that good) but imagine, if you will, a magician in a promoter’s office, pitching that routine as his new act:

“So it starts off when I bring two volunteers – a kid and an adult – up on stage. First I pick up a vase, a vase as big as your arm – I show it’s empty, I flick it to show it’s solid, then I vanish it slowly between my hands! No word of a lie! They have no idea where it goes! I milk the moment for a few laughs, look in the spectator’s ear – “Not there!” Then I make it reappear in the air and it falls and smashes on his head! I usually start laughing at this point – I can’t help it! Then I vanish and when the spectator looks for me, a giant lobster clamps onto his nose – it’s hysterical!

“Then I turn to the kid and I make like I’m going to shake his hand (except I don’t – hee hee) and then I – you’re gonna love this – I smash the kid on the head with a billy club! They never see it coming!

“Then I turn back to the adult, make a pop gun appear and shoot him in the face! Then I make a beautiful rose bush appear – and that shoots stuff in his face! Then I kiss him!

“So now I turn back to the kid: I make a vase appear and smash it on his head (that’s my signature effect). Then a jug appears and pours water on him and then the jug falls on his head and gets stuck! And he can’t get it off! He’s running around like an idiot… then the jug breaks and turns into birds! Then a balloon appears and pops in the kid’s face! Then the kid ends up swallowing my magic wand and now every time he hiccups he spits out a bird! He hiccups a whole flock of birds! And an egg! And balloons! The kid is freaking out! Then he inflates, flies across the stage and SMASH!”

“That's kind of the attitude the magician seems to have as he's performing. It's like, ‘Here's a quarter. Now it's gone. You're a jerk.’”

I’m not sure how many magicians are guilty of this type of magic, but obviously it happens often enough that people have noticed. Of course, it doesn’t have to be so:

The difference between these two types of magic might be the greatest secret in the art.

Back to the Film and Magic Blog