So, I’m in the middle of writing a screenplay. It’s an action adventure story: the lead characters have just gone through a huge ordeal and then they see something on the horizon that promises to be their salvation. They begin heading toward it…

And then the weekend came. I put aside the screenplay and did the usual weekend things: shuttling kids to softball practice and softball games, shopping for a friend’s birthday party, going to the party, working on a pitch for a producer who called me Friday afternoon all pumped up with a sure-fire concept that some big money company is looking for, and if I can only spin this (frankly, quite thin) idea into a story, then we’ll all be rich, rich, rich! And then topped off the weekend by doing some filming in Venice Beach for the trailers for a couple tricks I’ll be launching soon, ‘cuz, you know, I just got tired of only doing the tricks for my kids, so I did them for a few magician friends and they said, “Those are really cool – you should put those on the market…”

So now it’s Monday and I’ve got to get back to that script. I promised it to my manager “no later than the beginning of September.” So now it’s October. Almost the middle of October. I’ve really got to get writing.

Except that I should also put those free magic tricks up on the website. My wife Bree designed the site herself and she put up a button that says “Free Magic” and if you click it nothing happens, which kind of sucks for anyone who happens to visit the site (which, right now, is probably about six people. Hi, Dad!)

So I fixed that and Bree put the free magic tricks up on the site. She even laughed at my jokes, which was nice.

So now I’m ready to get back to writing that script. Totally ready. Decks cleared. Ready to go.

What better time could there be to start writing a blog?

Because, when you think about it, shouldn’t I let my characters have a little more happy time thinking they’re about to be saved? I mean, really, once I’m back into the script they’re about half a page away from realizing, “ohhhhhh shit……” And then it’s back to action-adventureland for them. Poor bastards.

So here it is: my first-ever post on the first-ever blog devoted to Film and Magic.

Now, a lot of literary devices posing as real people ask me, “Hey Chris, why would you want to write a blog about film and magic?”

Well, that’s a good question. Firstly, it’s a good way to put off writing my script.

Secondly, I think there are interesting things to be said on the topic and I just might be the guy to say some of them. You see, Literary Device, I was away from magic for many years – I was a magic freak through high school but just got into other things at college and dropped magic cold turkey. Film pretty much replaced it in my life.

But when I moved from Toronto to L.A. (which had always been a magic Mecca to me growing up), I just had to finagle my way into the Magic Castle. And then I found out my next door neighbor was a Castle member and I started going more often (kids, just say no to those “free” passes – they’re a gateway!) Then my manager (oh, yeah, I should really finish writing that script…) convinced me to write something about magicians. So I had to do research…

Let me explain that: in Canada, we make Art Films – not necessarily good Art Films (trust me on that one), but lots and lots of Art Films. Unfortunately, Canadians don’t want to see Art Films – they want to see Hollywood films. Consequently, Canadian filmmakers are often poor (though
well-respected – like the good poor people in a Steinbeck novel rather than the bad poor people Rush Limbaugh goes on about.)

Hollywood doesn’t make Art Films very often. I’ll never forget an interview I saw years ago with John Wayne (interviewed by Elwy Yost). Wayne said something to the effect of, “I’ve made 23 films with John Ford and I never once heard him use the word Art!” It still makes me smile to think of the disdain with which he said the word the word Art. Like it rhymed with fart (oh yeah…).
I don’t doubt his story for a minute – it’s hard to imagine Ford chatting with John Wayne and
Ward Bond about Jungian archetypes inherent in the Western genre with the smell of burnt coffee and horse manure wafting on the breeze. But damn, if Ford wasn’t a great artist anyway!

And I think there are a lot of people still working in this town who follow in Ford’s footsteps.
I know there are because I’ve worked with a few of them.

Anyway, I’ve been struck again and again, as I’ve resubmerged myself in magic, at the striking similarities and differences between this world and the worlds I’m more familiar with: Art Film and Hollywood Film. I thought I might be able to contribute some insights into Magic based on my perspective and my generally over-opinionated nature.

Except now I can’t think of any insights. I better get back to writing the screenplay. 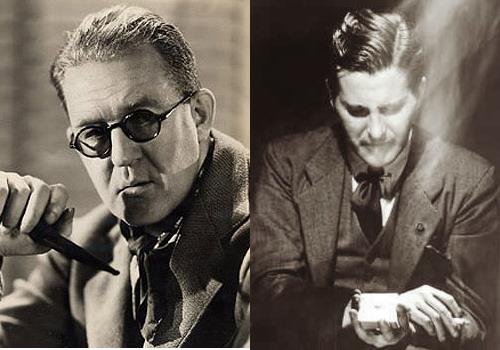