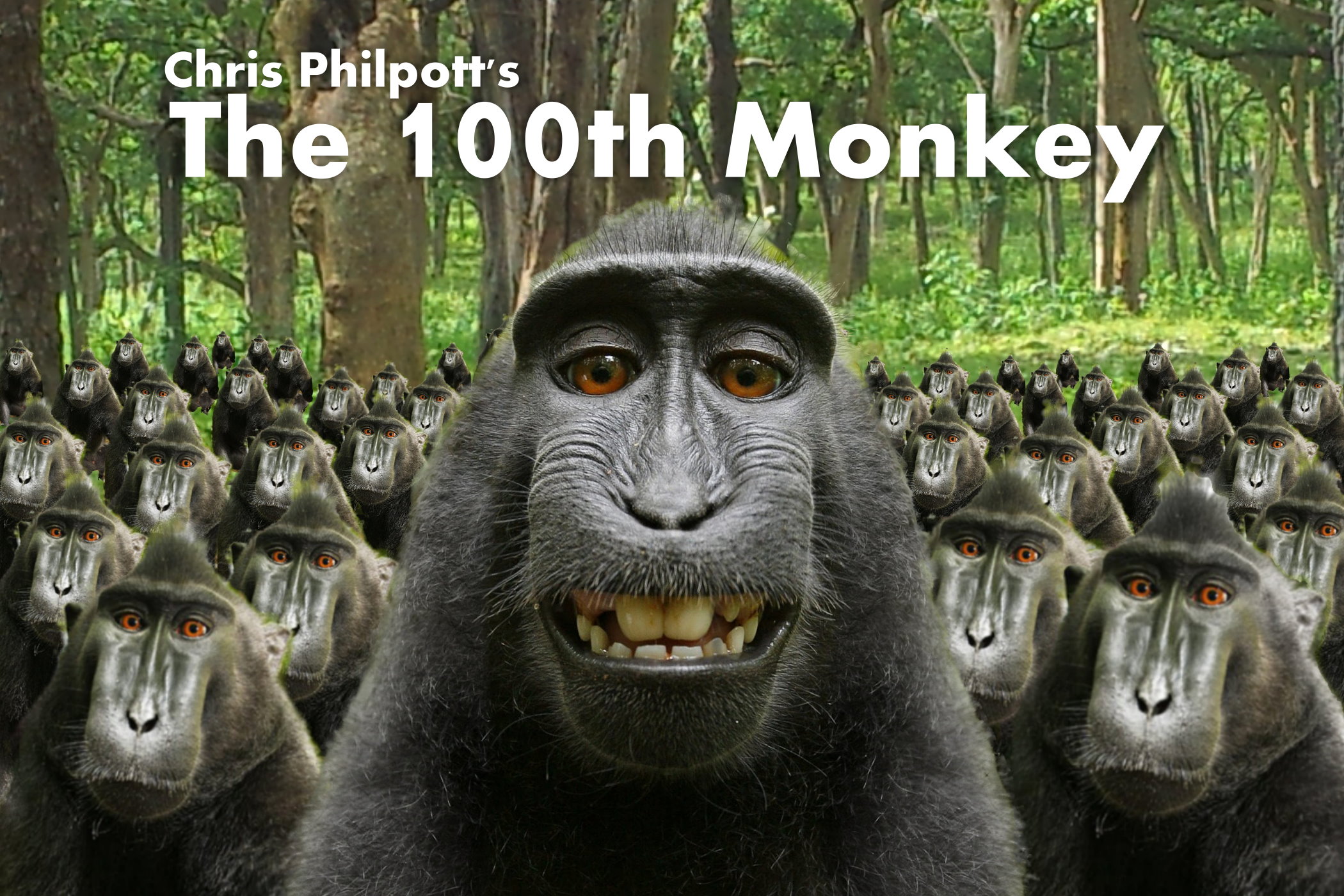 3 devastating effects based on a diabolical new principle by Chris Philpott,
creator of Tossed Out Book Test and Intimate Mysteries:

The performer holds up a card with a word written on it – the audience concentrates on it and the volunteer reads their minds! Other presentations included.

“In 1952, in the jungles of the island of Koshima, in Japan, scientists made one of the strangest discoveries of all time…”

Effect: The performer holds up a large card so everyone in the audience can see it – everyone except a volunteer on stage with her eyes closed. The card has a word printed on it – perhaps it reads Canada. As the audience concentrates on the word, the volunteer is asked to think of a country…

Her choice matches the card shown to the audience!

The effect can be repeated with one or more volunteers and a variety of choices: from rock bands to six-digit numbers…

At this point you may be wondering how the heck can a volunteer know what everyone else is thinking?! If you’re guessing this involves some kind of switch or flap so the volunteer looks at a different card than the audience, you’d be wrong -- everyone looks at the same card at the same time!

When I first performed this for a group of mentalists, many of them came up to me afterwards and confessed that they thought I was using stooges. I wasn’t.

(The 100th Monkey Effect is the controversial scientific theory that when enough individuals think the same thought, then that thought can spread to others as if it is “in the air”.) 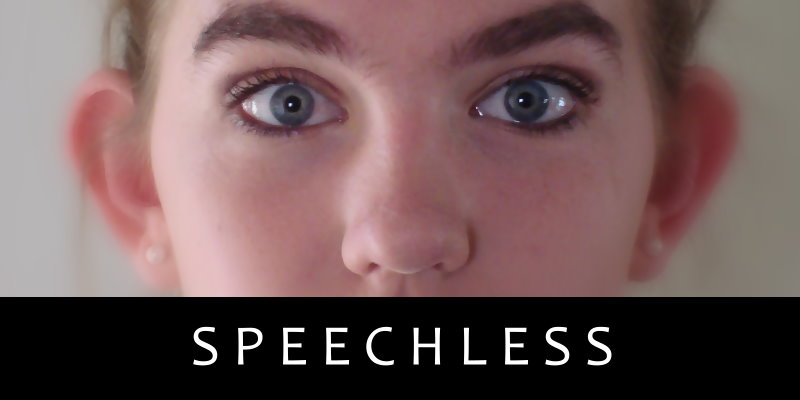 You take away a volunteer’s ability to read!

“I want you to come on a little adventure, a trip into the past – your past – to rediscover the childlike wonder you felt at that age when you’d learned to speak but not to read...”

Speechless can be presented as a display of mind control or hypnosis (though it doesn’t use hypnosis). It can be comic but it can also be beautiful or even frightening, depending on your presentation.

Like The 100th Monkey, Speechless uses no stooges, instant or otherwise – the volunteer is just as amazed as everyone else and the moment when he suddenly understands the word he is looking at is so baffling and powerful that it elicits gasps and shouts. 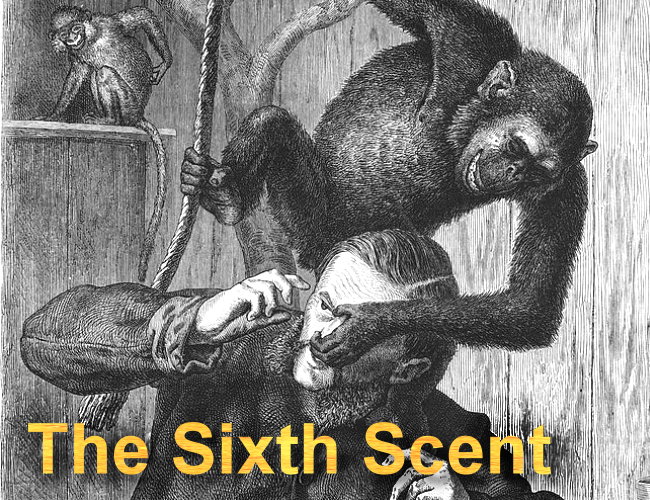 You know which of four spectators is
thinking of a time, a place, a thing and an emotion -- then,
without a question or anything written, reveal exact details!

“Different types of thoughts have different flavors. And just as you might walk into someone’s home and say, ‘Ahh, they’re cooking Indian food!’ I often catch the scent of a thought when I am close to someone – not the specific thought which is very difficult but a general flavor. I’d like to demonstrate for that for you.”

Four people are selected and come up from the audience. The performer shows them four cards – on one side they are blank and on the other they say “Think of a Month”, “Think of a Country”. “Think of Furniture”, and “Think of an Emotion.” With the performer’s back turned (he can be blind-folded), they mix the cards among themselves and yet the performer quickly and unerringly determines who is thinking of a time, a place, a thing and an emotion. This is repeated several times in quick succession.

And then, the impossible kicker – without a single question, pre-show, stooges or anything written down, the performer reveals the exact month, country, piece of furniture and emotion the four people are thinking of!