I just came across a lovely interview with magic consultant and photographer, Charles Reynolds in the December issue of Magic magazine. Charles, who passed away last November, was magic consultant on Doug Henning’s TV specials. It’s a very warm and insightful interview – but one passage knocked the wind out of me:

Magic: You connected with Doug Henning by going to photograph him didn’t you?

Reynolds: I had actually met him before that, at an IBM gathering, so I knew him slightly, and by that time I also had a contract with Time Magazine. Then I met Doug a month or so before The Magic Show opened, and when I heard about it from him, I sold Time on the idea that they should do a big color spread on the renaissance of magic, centered on Doug Henning. And, by God, they bought it, and it ran.

We were in Morocco when I got the issue at the little newsstand and I was horrified because they had bought from Walter Gibson – who I loved and was a dear friend – an excerpt from one of his books, explaining the levitation. And I thought, Oh my God, what have I done?

The reason this hit me is that I remember that issue vividly. About the time Reynolds was at that newsstand in Morocco, I was a boy on a plane ride from Calgary to Toronto and that Time magazine was in the seat pocket in front of me. I picked it up, leafed through it and came across the article on magic – and that was it – I was hooked. That article was what got me into magic.

Now I don’t remember much about the article. I didn’t remember, for example, that it was about Doug Henning, a performer who would become very important to me in my teenage years (we both happened to be born in the same place, Winnipeg, Manitoba and raised in the same town, Oakville, Ontario). But I do remember that the article made magic seem fabulously intriguing.

And what I remember most vividly, as if it was branded into my brain, were those Walter Gibson sidebars explaining how to do those illusions. I felt like I’d just had just been given the most wonderful gift, a secret of unimaginable potential. It didn’t occur to me until much later that millions of other people were reading the same secret. I actually snuck the magazine off the plane (I can still feel the guilt!), brought it home and attempted to build some of the illusions. (Needless to say, that did not go well).

Maybe it’s because my love of magic was sparked by an act of exposure that I’ve never really been as up in arms about exposure as some other magicians. I respect their position, but in my heart of hearts, I don’t feel it. There’s so much more to the art than the secrets. (Though, damn if the secrets aren’t fun too!)

I think Charles Reynolds may have reached that same conclusion too since in the next passage of the article he is asked:

Magic: Do you think the exposés on national television are really harmful?

Reynolds: No, I doubt it. I think they are almost like newspaper stories they wrap the fish in. I don’t think it matters much; I don’t think people remember.

I wish I’d known this story before Charles Reynolds passed on. I would have liked to have thanked him and told him that I remember – and for all the right reasons. 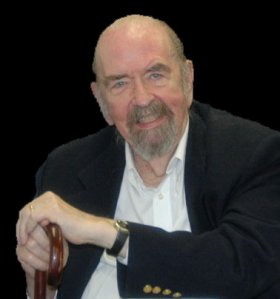